First unearthed in Switch's firmware 5.0 way back in March 2018, Nintendo's console hybrid is evolving thanks to a new, smaller, cooler Tegra X1. Its efficiency advantages form the basis for the upcoming handheld Switch Lite, but the Nvidia SoC upgrade also takes centre stage in a revised version of the existing model, which recently arrived on shop shelves in Hong Kong. Eager to see how the new silicon performs, we imported a unit and got to work.

On a superficial level at least, not a lot separates this Switch update from the original model. The exterior packaging is much the same, aside from a new Joy-Con led theme on one side of the box. Inside of the packaging, nothing has changed - Joy-Cons and tablet sit on a top layer, with peripherals (dock, HDMI cable, power supply etc) arranged in their respective compartments beneath, exactly as they always have done. A quick check confirms that the despite the new processor's reduced power requirements, the AC charger is the same as the old one and it goes without saying that all of the existing Switch peripherals we had to hand worked just fine on the new machine.

Includes the Nintendo Switch console and Nintendo Switch dock in black, and left and right Joy‑Con controllers in a contrasting gray. Also includes all the extras you need to get started. Model number: HAC-001 (-01) (product serial number begins with “XKW”) This model includes battery life of approximately 4.5. Creature in the Well is a top-down, pinball-inspired, hack-and-slash dungeon crawler. As the last remaining BOT-C unit, venture deep into a desert mountain to restore power to an ancient facility. Nintendo Switch. Animal Crossing: New Horizons. Move to Wishlist Save to Wishlist. The Nintendo Switch system comes bundled with a pair of Joy-Con controllers, allowing the party to start with just one system and the game for instant multiplayer fun. Intuitive and simple controls using Joy-Con features – Simple rules make it easy for anyone to play and fun for everyone to watch. Nintendo has released an upgraded version of the Nintendo Switch with improved battery life! It is the exact same as the original Switch, but the internals a.

This is indeed something of a 'silent update' for Switch then, a replacement model that arrives with little fanfare - to the point where Nintendo chief Doug Bowser doesn't seem to consider it as a new hardware launch at all. On the one hand, this ensures that all of Nintendo's marketing focus can rest on the Switch Lite, but what it does mean is that the opportunity to even mildly improve issues with the original release have not been taken. The wobbly kickstand still doesn't feel substantial enough to rely on, while the dock is unchanged too despite its rather 'agricultural' build quality, not to mention the many complaints about it over the years.

Possibly the biggest missed opportunity - and the most annoying issue I've had with the Switch since launch - is the fact that the lacklustre WiFi performance seems to be unchanged too, with the Nintendo machine less likely to connect to weaker signals and more prone to dropping its connection if it does. Side by side tests with smartphones and even an Amazon Echo Dot saw no problems, despite presumably having less internal area for a decent antenna. The updated Switch does feature a new mainboard, there are revisions beyond the new Tegra processor - but improving the quality of the device overall was clearly not a priority for Nintendo.

However, the new Tegra X1 - codenamed Mariko - is indeed a big deal. The original chip was fabricated on TSMC's 20nm process, a 'stepping stone' technology mostly utilised by smartphones and ignored for CPUs, GPUs and game console SoCs, Switch aside. We know that the new chip is smaller, and the announcement of Switch Lite strongly suggested efficiency advantages. It's likely that TSMC's 16nm FinFET is in the frame, the same process used for the latest consoles from Microsoft and Sony. Suffice to say, the power savings delivered by the new technology are tremendous.

Using The Legend of Zelda: Breath of the Wild and Fast RMX for testing like-for-like gaming scenarios, the watt meter throws up some impressive results in terms of from-the-wall power draw. Even running docked, where the Switch's higher end GPU frequencies kick in, we're looking at a 40 to 50 per cent reduction in power consumption, depending on the content. What is all the more remarkable is that a lot of gameplay in Zelda runs with just six to seven watts of consumption. Up against the latest and greatest mobile processors on 7nm technology, it's probably not a big deal but stacked up against the original Tegra X1, this is a big win.

Nintendo retains the original HAC-003 battery used in the original Switch with its 4310mAh capacity, meaning that this reduced power draw translates into an impressive improvement to battery life. At 50 per cent brightness, Zelda lasts for three hours, five minutes on the older model, rising to five hours, two minutes on the new model - a 64 per cent improvement in game time. Ramping up brightness all the way to 100 per cent sees the gap widen - two hours, 25 minutes on a launch Switch translates to four hours, 18.5 minutes thanks to the new processor, translating to 78 per cent more game time (but note that in all cases, different screens may result in different levels of brightness).

The use of less energy translates into improved thermals - but perhaps not to the degree you might be expecting. The original Switch is still a low-power device, especially so when gaming in mobile mode, after all. While docked, heat from the exhaust area drops from ballpark 54 degrees Celsius to 50 degrees on the new Switch, but more noticeable is that the fan noise from the unit is reduced (and it was hardly obtrusive in the first place). The machine is still warm to the touch while playing undocked, but feels much the same overall.

Thus far, the story is pretty straightforward. It's the same Switch with a new processor, meaning efficiency and battery life gains but not a whole lot more. However, there are a couple of curve balls. First of all, the display has indeed changed. The Wall Street Journal has reported on a deal for Sharp to provide its IGZO display technology for Switch, but it's unclear if that's for the Lite model or this one too. What I can say is that side by side, the difference between my old model and the new is stark. While there is a slight cyan/yellow tint to my existing Switch, white is generally white. Meanwhile, on the new model, the magenta tint is more noticeable.

The comparison shot above (click on the thumbnail for higher resolution) is derived from the same photograph with both Switches running at maximum brightness, so the difference isn't down to changes in camera settings - and I'd say that it accurately represents how both displays look to my eyes when viewed side by side. Given a choice between them, I prefer the older Switch - though the battery life data suggests that the new screen is significantly more efficient at max brightness.

The other curiosity surrounds performance. Nintendo has made it clear that the new Mariko processor offers no advantages over the existing model, and like-for-like testing across a number of titles does suggest that this is the case. The new SoC is capable of faster GPU clocks based on Nvidia data, but Nintendo has decided not to use them - for now at least. However, the new Switch doesn't just swap out the old Tegra X1, it also replaces the memory too with 4GB of LPDDR4X in place, offering further power efficiency improvements over the existing model. This may explain some oddities in a minority of performance tests. 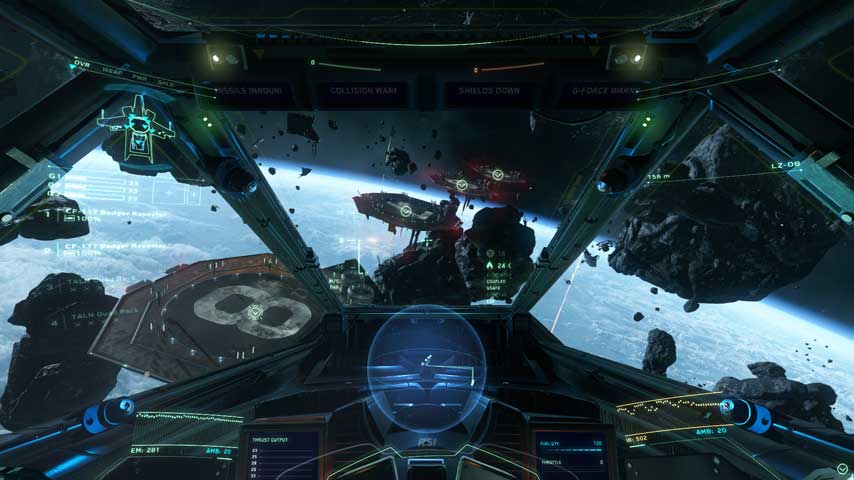 For example, Mortal Kombat 11's replay mode offers up the ability to re-run bouts time and time again in the game engine, with Nintendo Online cloud save transfers allowing us to compare both units with the same content. The new Switch delivers a very slight performance advantage, which remained consistent across five separate runs across both machines. Meanwhile, testing out the classic Korok Forest bottleneck in Zelda: Breath of the Wild - a known memory bandwidth issue - again suggests a shift in performance of some description on the new Switch model. The camera viewpoint plays a crucial role in that test, and it's something that can't be replicated 100 per cent between runs but the results certainly seem to suggest some kind of advantage for the new Switch.

If the theory about the new memory set-up offering an advantage holds waster, it would likely only manifest in rare scenarios, and it would explain why differences are inconclusive or ruled out on other games where the GPU is clearly the limiting factor in game performance. Regardless, in the here and now, this is more of a technical curiosity as opposed to anything even remotely worth factoring into any purchasing decision. By and large, the new Switch plays just like the old one, exactly as Nintendo has promised.

In summary then - it's the Switch we know, but with a display change and a vast improvement in efficiency and battery life. Given the choice between old and new, I'd take the revised model - simply because the extra battery life is very welcome when most of my own Switch gameplay is in mobile mode. However, for those who play mostly docked, the two machines are virtually interchangeable - very minor fan noise differences apart. If you own a Switch already, there's little point in upgrading unless you really need the extra battery life and you don't like using USB-C power banks.

With new stock likely arriving in-store with existing inventory still on the shelves, it may prove difficult to know which machine you're actually getting? My advice here would be to ask to see the physical tablet itself. Look on the back and ensure that the product code is HAC-001(-01) - the older Switches have a straight HAC-001 designation (here's a comparison image). This sounds simple enough but muddying the waters, Nintendo has just issued new guidance suggesting that extended battery life models will have an HAD designation - so the model numbers may be adjusting for the Western market. Regardless, those are the key things to be looking out for.

Alternatively, if handheld play is your key focus, it may well be worth your while waiting for the upcoming Switch Lite. It isn't as versatile as the standard model (it's a Switch than won't switch) and the battery life isn't as good (based on Nintendo's own numbers) - but it may well have its own charms and obviously it'll be cheaper. Our very own John Linneman has seen the Lite at Gamescom and thinks it looks terrific and highly desirable, and we'll have a more in-depth review closer to release.

Will you support the Digital Foundry team?

Digital Foundry specialises in technical analysis of gaming hardware and software, using state-of-the-art capture systems and bespoke software to show you how well games and hardware run, visualising precisely what they're capable of. In order to show you what 4K gaming actually looks like we needed to build our own platform to supply high quality 4K video for offline viewing. So we did.

Our videos are multi-gigabyte files and we've chosen a high quality provider to ensure fast downloads. However, that bandwidth isn't free and so we charge a small monthly subscription fee of €5. We think it's a small price to pay for unlimited access to top-tier quality encodes of our content. Thank you.