Electric Counterbalance Forklifts Raising the Bar for Reliability. On the dock or in an aisle, Crown’s electric counterbalance forklifts can meet rugged real-world challenges with power, productivity and performance while providing the efficiency and safety of electric operation. HUGE selection of Hamech Parts IN STOCK! 1 DAY ground delivery to 90% of the USA! QUALITY FORKLIFTS FROM A TRUSTED USED FORKLIFT COMPANY Otay Mesa Sales has hundreds of high quality, used forklifts for sale. All types and sizes, perfect for any need, including warehouse, material handling, outdoor and rough terrain. We have compact 4 wheel electric sit down forklifts and stand up counterbalanced electric forklifts. Mar 25, 2021 A forklift has a pronged “fork” on the end that can be customized to handle heavier loads and higher lifting needs. Forklifts are sometimes classified by use and tire types: Pneumatic forklifts, Cushion tire forklifts, Rough-terrain forklifts, Stand-up / Reach forklifts, Telescopic forklifts, and more. Each of these forklift brands can provide your business with trustworthy equipment, be it industrial forklifts, rough-terrain forklifts, pallet jacks, or even forklift attachments. Contact us today at (866) 266-2244 and one of our knowledgeable staff members can help you choose the right forklift brand and the right machine for your business.

A privately held, family-owned U.S. company, Crown Equipment Corporation is the fifth largest[1] manufacturer of powered industrial forklift trucks in the world. Crown had $3.72 billion in worldwide sales revenue for fiscal year 2019. Crown has appeared at least ten times on Forbes’ list of the largest private companies in the United States. In 2019, the company ranked 133rd on that list.

Based in the small community of New Bremen, Ohio, Crown got its start by first manufacturing temperature controls for coal-burning furnaces and then television antenna rotators. It diversified in several directions, before finding its niche in the material handling industry. Its lift trucks are used worldwide in a variety of applications, such as transporting goods through the narrow aisles of warehouses, distribution centers and manufacturing facilities.

All Crown manufacturing facilities – including the small components, motor, mast and final assembly plants, as well as engineering, purchasing, design, distribution center and tool rooms have obtained ISO 9001:2000 certification[2]Crown received the State of Ohio Governor's award for Outstanding Achievements in Pollution Prevention in 1992.[1] In 2004, the United States Environmental Protection Agency (EPA) designated Crown a Waste Minimization Partner, publicly recognizing the firm for its voluntary efforts. As part of EPA’s National Partnership for Environmental Priorities [2] (NPEP) program, Crown set a partnership goal of eliminating chromium from its paints. Crown reduced its hazardous waste emissions by more than 300,000 pounds by removing chromium (in the form of ammonium dichromate as a flash rust inhibitor) from water-based paint formulations. By installing a new powder coat paint line, Crown eliminated more than 65 percent of wastewater from its water curtain paint booths, cutting more than 200,000 pounds of wastewater and sludge. The results included reduced air emissions, a better work environment and a savings of $65,000 a year.[3]

In 1972, Crown introduced its first rider stand-up counterbalanced (RC) truck, which featured a side stance position that allowed the driver, standing sideways, to see both forward and backward by turning his head. Prior to the Crown RC Series, operators who wished to travel in reverse had to operate the controls from behind their backs.

In 1980, Crown introduced its RR Series rider reach trucks, designed for the narrow aisles of warehouses and distribution centers. The RR truck won the “Design of the Decade” award from the Industrial Designers Society of America in 1990.[4] Crown’s TSP 6000 Series (Turret Stockpicker), which enables warehouse storage on shelves dozens of feet above the floor, won a 2007 international “best of the best” Red dot design award[3]. The TSP 6000 also received a Silver IDEA Award from the Industrial Designers Society of America, the GOOD DESIGN Award [4] from the Chicago and Athenaeum: Museum of Architecture and Design and the iF product design award from the International Forum Design in Hanover, Germany. (photo by Thomas.net industrial newsroom)

Crown’s ST/SX 3000 Stacker Series received a Gold IDEA Award in 2007,[5] presented by the Industrial Designers Society of America (IDSA). The X10 handle, which is also used on other Crown products, won a GOOD DESIGN award from the Chicago Athenaeum: Museum of Architecture and Design in 2004.

Crown's Wave Work Assist Vehicle, brought to market in the late 1990s, is designed to transport, put away or retrieve loads, replacing handcarts, rolling ladders and warehouse ladders in both warehouses and manufacturing, maintenance and retail facilities. The Crown Wave won a Red dot design award for High Quality Design in 2000 and received a Gold IDEA Award from the Industrial Designers Society of America (http://www.businessweek.com/1999/99_23/b3632052.htm or http://www.docstoc.com/docs/39995846/Gold-Industrial-Design-Excellence-Award-(IDEA)-Winners-1995-1999)and the GOOD DESIGN Award from the Chicago and Athenaeum: Museum of Architecture and Design in 1999 (http://www.crown.com/usa/about/awards_1990.html).

In March 2008, the state of Ohio awarded Crown nearly $1 million in grant funding to conduct fuel cell research.[5] Crown’s research will address the technical and commercial barriers to using available battery replacement fuel cell power packs in industrial lift trucks. The study will facilitate the creation and growth of fuel cell-powered material handling equipment for use in warehouses and distribution centers.Crown will review the performance of each combination of its lift trucks with fuel cell power, to identify modifications needed to allow the lift truck to perform as intended while complying with industry standards. The Ohio Department of Development and Ohio’s Third Frontier Commission [6] are providing the grant. 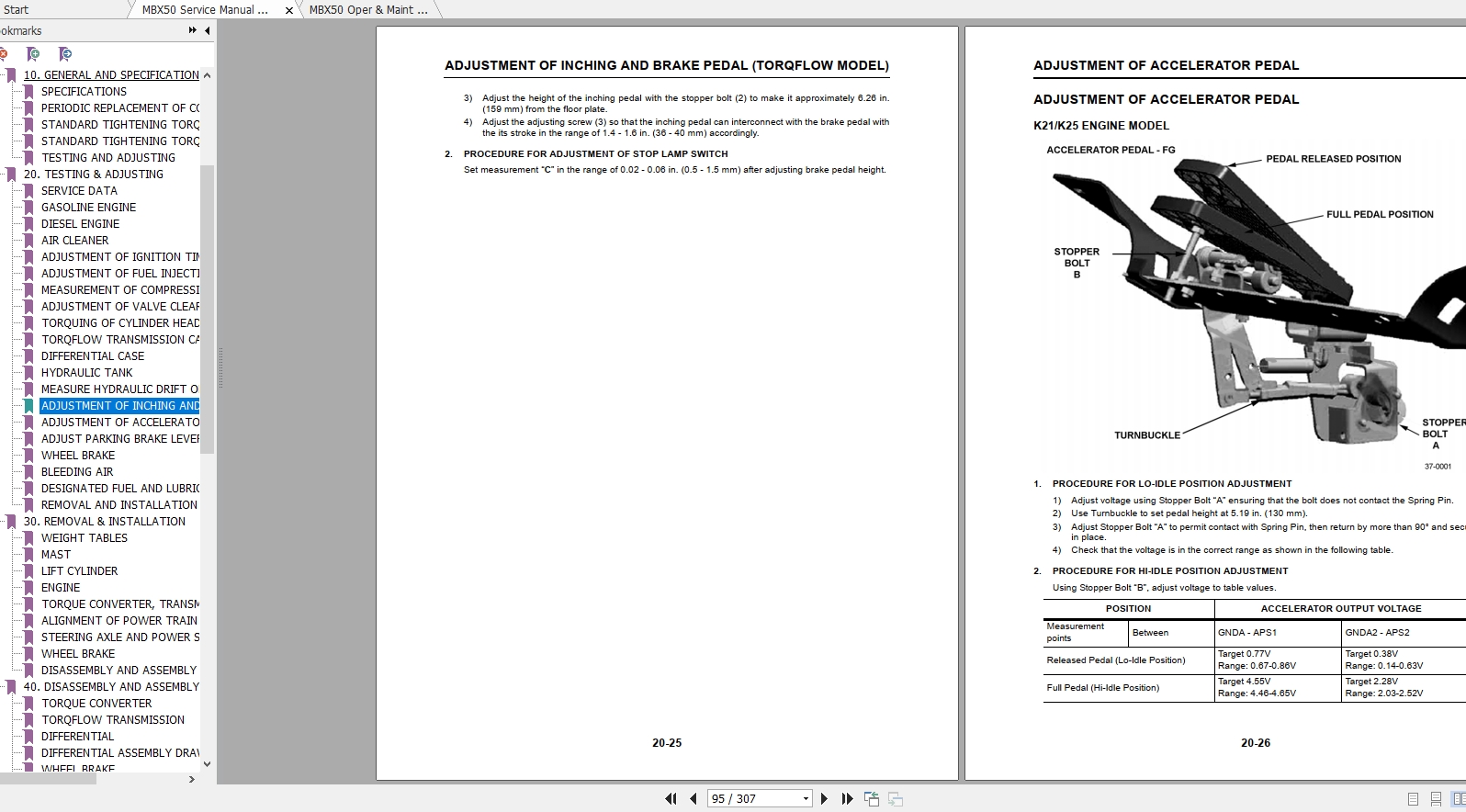 In December 2009, Crown marked the availability of its first company-manufactured internal combustion (IC) forklift with the release of the Crown C-5 Series. The Crown C-5 Series features an industrial spark-ignited engine that was jointly developed with John Deere Power Systems (John Deere) based on one of their diesel engines, a proactive approach to engine cooling and radiator clearing via an on-demand cooling system, and design innovations that improves operator visibility, comfort and productivity.[7]

In 2006, Crown’s training approach, called DP QuickStart, earned an Award of Excellence for Outstanding Instructional Product from the International Society for Performance Improvement [8] (ISPI). Under the Demonstrated Performance (DP) instructional method, lift truck service technicians must show they have mastered one core skill needed to service an industrial lift truck before moving on to learn the next one. With DP QuickStart, which replaced lecture-based training sessions, technicians study and practice at their own pace while completing training modules.

The company traces its evolution to the 1920s, when it manufactured and sold temperature controls for coal-burning furnaces as the Pioneer Heat Regulator Company. That market disappeared as the nation turned to gas heat. In 1945, the company was changing focus and became Crown Controls Corp. In 1949, as a market for television emerged, Crown began producing television antenna rotators. For two decades, starting in the late 1950s, Crown’s survival and growth were supported by subcontract work, manufacturing mechanical and electrical components for private industry (e.g., Baldwin Pianos and IBM) and the U.S. government, especially the military.

Crown entered the material handling industry with niche products in which the major players had no interest. After shipping its first model in 1956, Crown developed several specialty lift trucks, including stockpickers and order pickers for the U.S. government, a hamper-dumper truck for the U.S. Postal Service, and trucks for carrying caskets for funeral parlors.[8] Crown later decided to stop making so many one-of-a-kind trucks and developed two lines of E-Z Lift Trucks: an H series (hand-operated) and a B series (battery-operated). In 1959, when its lift trucks had annual sales of about $50,000, antenna rotators had annual sales of $700,000,[9] but the transition to the lift truck business was under way. Crown stopped manufacturing the rotators in late 2000.

Crown hired Deane Richardson [9] and David B. Smith [10], of RichardsonSmith, to design a medium-duty hand-controlled pallet truck, which went on the market in 1962. That pallet truck won a design excellence award from the American Iron and Steel Institute in 1965. Good design became part of Crown’s corporate strategy.[10] Crown focused on niche markets, which didn’t affect competitors whose bread and butter were gas trucks and electric rider trucks. In 1970, Levitz, the furniture discounter, placed an order for 67 Crown stockpickers, which got momentum for sales going. That year, Crown joined the Industrial Truck Association [11] and opened a plant in Australia. 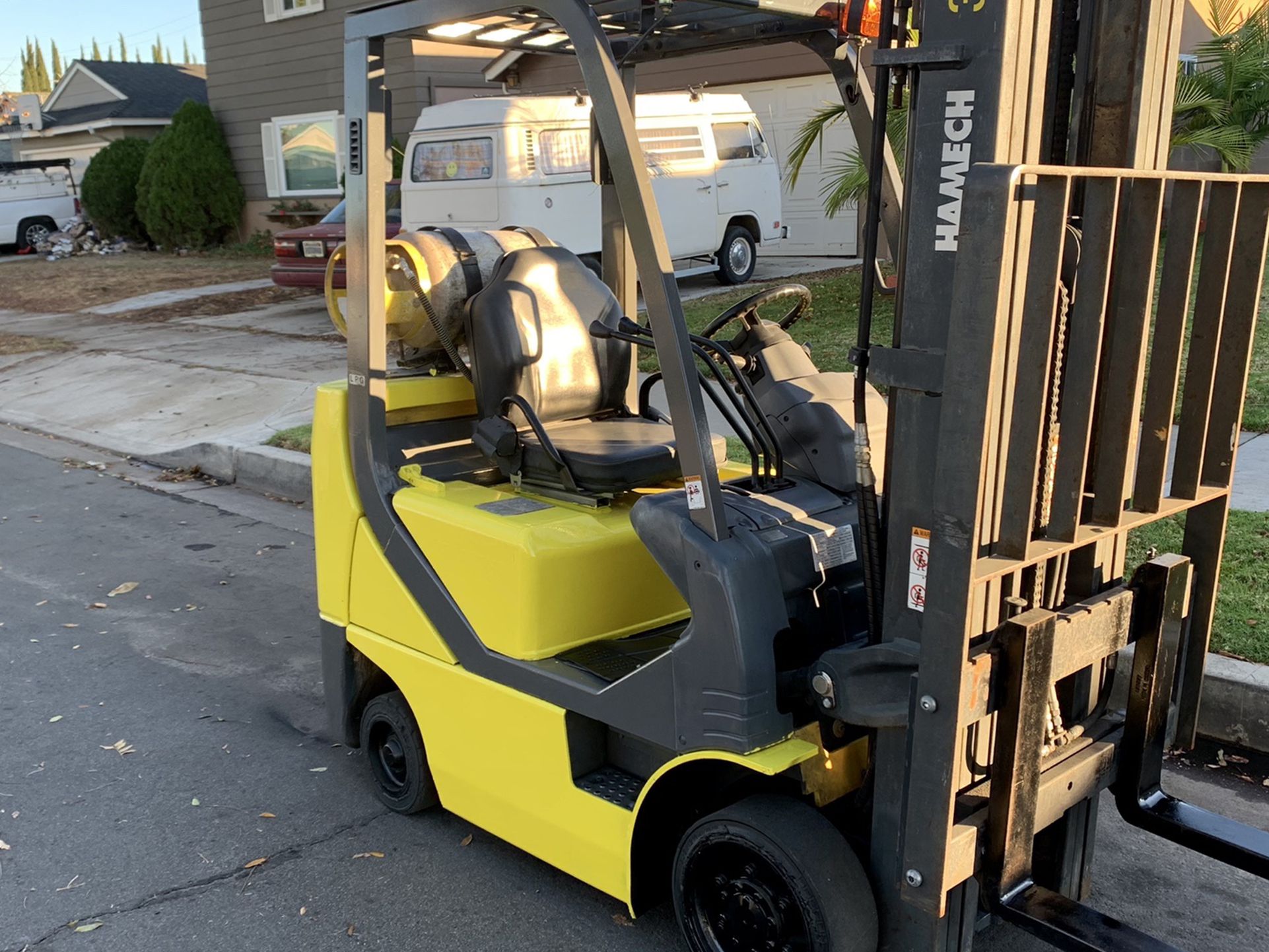 NEW BREMEN, Ohio—Crown Equipment Corp. has entered into a branding agreement with Komatsu Forklift USA to distribute a new brand of internal combustion (IC) lift trucks.
The new brand, marketed under the name Hamech, will be based on Komatsu’s current model range, Crown said.
The move allows Crown-owned dealers to offer a single brand of IC lift trucks and a consistent level of aftermarket support, the company added. All parts orders, service support and warranty for Hamech will continue to be managed by the Crown distribution network.
“For Crown, adding the Hamech brand allows us to offer a comprehensive selection of internal combustion forklifts to meet a wide range of application needs,” said Crown Senior Vice President Jim Moran.