This page provides solutions for common problems you may encounter while working with Kendo UI widgets.

ColorFish is the only colorpicker browser extension with desktop color selection support. ColorFish is 100% free and Open-Source and available for Chrome, Firefox and Edge. We created it as side project of our Enterprise RPA software. Download the Free and Open-Source ColorFish Color Picker. Filters: Retrieving Data from Server. Retrieving Data from Server. Mx.controls ColorPicker - AS3 Flex: Properties Properties Constructor Methods Global. Get Firefox help 🌐Get web. If this attribute is not present, the colorpicker is displayed inside the window. If this is set to the text button, the colorpicker.

The most common cause for this error is loading the demos from the file system. Google Chrome, for example, will disallow accessing the JSON files needed for the demos to run.

Host the offline demos on a web server and load them from there.

jQuery Is Unavailable or Undefined

The following JavaScript errors will be thrown (depending on the browser):

Make sure that jQuery is included only before the Kendo UI JavaScript files and before any JavaScript statements that depend on it.

Widgets Are Unavailable or Undefined

If jQuery is included more than once in the page all existing jQuery plugins (including Kendo UI) will be wiped out. Will also occur if the required jQuery file is not included.

Depending on the browser, the following JavaScript errors will be thrown:

Not just the Kendo UI Grid, but all Kendo UI widgets are affected by this issue with only the error message being different. For example, kendoChart is not a function or Object has no method kendoEditor.

Make sure jQuery is not included more than once in your page. Remove any duplicate script references to jQuery. Include all required Kendo JavaScript files.

Kendo widgets provide a WAI-ARIA support, which means that some ARIA-specific attributes are added to the HTML element. When a widget tries to add an ARIA attribute using jQuery's attr method, which in turn calls the Element.setAttribute method, the Internet Explorer in Compatibility mode will raise a JavaScript error with the following message:

The problem is reported to Microsoft on https://connect.microsoft.com/IE/feedback/details/774078. Also there is a jQuery bug reportwhere more information can be found.

All Kendo widgets, which add ARIA attributes to HTML elements, will be affected.

Option 1 Force the Internet Explorer to use the Edge mode:

Option 2 Path jQuery. You can find more information about the possible path in the aforementioned jQuery bug report.

The Unknown DataSource transport type json warning might be caused by either of the following reasons:

Use a valid type value, or remove the type property, or add the corresponding missing file—for example, kendo.aspnetmvc.min.js when using the Kendo UI MVC wrappers.

Note that the dataSource type differs from the type of the transport actions.

Widget Throws the e.slice is not a function Error

The Uncaught TypeError: e.slice is not a function error indicates that the response which is received from the remote data source is not an array while the widget expects a simple array for its data source.

Widgets like the TreeView or the MultiSelect need only a simple array while the Grid needs an envelope with additional information such as total, errors, and aggregates. For more information on what information each widget expects, review the demo of the respective control.

The possible causes for the e.slice is not a function error can be any or a combination of the following:

The server does not return an actual list of objects but empty data, an error response, or a single item. In such cases, you get a single object or HTML instead of a serialized array.

Under MVC, the server method (action) often uses myData.ToDataSourceResult(request) unnecessarily and wraps the data in an envelope similar to {data: [the array from your data goes here], total: <the count goes here> }. In such cases, the widget is not able to get the array at the root level as it expects.

Use either of the following suggestions:

Input Widgets Do Not Raise Change Event When API Is Used

The change event of an input widget is triggered only by user action. DOM elements work in the same way. If you need to trigger an event manually use the trigger method.

This will happen if two or more widgets are initialized from elements that have same IDs. jQuery will find only the first one every time it searches for it and thus try to initialize the first element in the DOM multiple times.

The ID for each element on the page should be unique.

When Creating Multiple Widgets Only One of Them Works

For a solution, see the Creating Multiple Widgets Throws JavaScript Errors section above.

Some third-party modal popups prevent access to focusable elements, which are rendered outside the modal popup. Such widgets include the Bootstrap modal dialog, the jQuery UI modal dialog, and possibly others. The Kendo UI widgets, which are affected by this behavior are all widgets, which render their own detached popups, e.g. AutoComplete, ColorPicker, ComboBox, DropDownList, DateTimePicker, Editor, Grid, and MultiSelect. The popups of these Kendo UI widgets are rendered as children of the <body> and as a result, the third-party modal popup will prevent access to them.

There are two ways to avoid this problem:

Widgets Do Not Work Correctly on Touch Devices

Client libraries that interfere with touch events, such as FastClick, are not compatible with Kendo UI and may break the behavior of the widgets. For example, they may cause a drop-down list to close immediately after opening.

For more information on this issue, refer to What Exactly Is... The 300ms Click Delay.

When Kendo UI is used with jQuery 1.12.0 or 2.2.0, some issues with the popup positioning might occur. The popup is offset incorrectly when the page is scrolled.

The reason for this issue is a bug in the aforementioned jQuery version. According to jQuery's bug tracker, it will be addressed in the next patch release of jQuery. For more details, refer to https://github.com/telerik/kendo-ui-core/issues/1375. 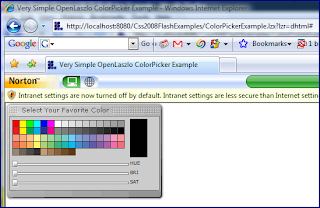 If you display widgets that have been in an initially hidden container, call their resize() method after you show them. Initializing widgets on elements with the style='display: none;' configuration might cause errors, such as inability to calculate dimensions and positions or even throw errors. The reason for this behavior is that such calculations are not available for elements that are not rendered by the browser.

Usually, delaying the widget initialization until after it is displayed resolves the issue and improves the page performance.

Scripts or Stylesheets Do Not Load from CDN

For a solution, refer to Kendo UI CDN Fallback and Troubleshooting.

404 Status Code Is Thrown for WOFF or TTF Font Files

For a solution, refer to Serving Font Files.

404 Status Code Is Thrown for JSON Files on IIS

By default, IIS does not serve files with unknown extensions. The mime types can be specified either through the IIS management console (inetmgr) or in the site Web.config.

The example below demonstrates how to configure the IIS Web.config. Note the mime is removed first to avoid clashes if it is already defined.

Widget Object Is Undefined after Loading a Page through AJAX

This issue is usually caused when the page loaded via AJAX contains a script reference to jQuery. When jQuery is re-initialized, all jQuery-based data attributes are cleared, including the data(kendoWidget) attribute that holds the Kendo UI widget object.

Load a partial HTML fragment that does not contain any unneeded jQuery references, or use an iframe to load the complete page.

The example below demonstrates a test issue.

The example below demonstrates the solution of the test issue above.

As of the R1 2017 release, Kendo UI widgets utilize font-icons instead of sprites. This approach outdates some CSS, which are now removed from the built-in styles.

To provide for the backward compatibility of any custom icons you add to your project, include the following styles in your application: