We test software in-depth. To support our research, we earn commissions via links on this site.

Do you need antivirus software on you iPhone?

Antivirus for iPhone Apps that claim to scan your phone for viruses will not work on iPhones. That's because Apple's operating system, called iOS, doesn't permit any one app to see what any other.

No, not really. Although there are some malware for iOS, there aren’t many. And on top of that, antivirus software have no way of scanning for them.

The way it works is this: On Windows, Mac and Android, antivirus software have full access to the operating system. That’s how they can scan these devices and discover any malware that might be present on them.

That is not the case on iOS. Every app runs in its own “sandbox” without access to the rest of the device. This means that even if your iPhone would be infected with malware, the antivirus would have no way of finding it.

So what can you do to increase the security on your iPhone or iPad?

1. Stop those ads from following you around the web (a built-in feature)

Go to “Settings”, then to “Safari”, and check the box next to “Prevent Cross-Site Tracking”. Now tracking data is regularly deleted. This prevents data companies from tracking you across the web and advertising their products and services.

2. Get a warning when you visit a dangerous website (a built-in feature)

Go to “Settings”, then to “Safari”, and check the box next to “Fraudulent Website Warning”. With this turned on, you’ll receive a warning whenever you visit a website that is known for phishing, which is the stealing of personal information, such as login details and credit card information.

3. Become anonymous online by getting a VPN

With a virtual private network (VPN), you can encrypt your internet connection and hide your IP address. The means that governments, data companies, and your internet service providers can no longer track your every move online. You’ll be fully anonymous.

On top of that, you’ll be able to use public WiFi networks without needing to worry about hackers. After all, your internet connection is now encrypted. So even if a hacker would find its way onto the network and hack your data, he can only see gibberish. You’ll be completely safe.

4. Create secure and unique passwords by getting a password manager

Using the same email and password for every account is really unsafe. If one of your accounts get hacked, all others are compromised too.

However, creating highly secure and unique passwords, like [email protected]~&dc.ys, is difficult. Not to mention remembering and typing them. This is where password managers come in. They are tools that help your create, store and autofill super secure passwords.

It takes some time to replace the passwords for all your accounts. But once it’s done, you can’t imagine having every lived without a password manager.

So how to select the best VPN and password manager for iOS?

We’re here to help. Since 2014, we have reviewed 100’s of the best antivirus for Windows 10 PCs, Mac, Android, and iOS. On top of that, we have extensively tested endless VPN (some in a VPN-antivirus-combo) and password managers.Below is our list of the most recommended tools:

The best VPN, but the password manager costs extra.

Welcome. We started SoftwareLab in 2014 to help you find the best software at the best price. Over the years we have tested most of the best antivirus, VPN and hosting services.

We are proud and humbled to have helped millions of readers since then, and hope that you will find our work useful. If we can improve our service to you, please let us know here.

Verdict: An excellent password manager, with a basic VPN

Verdict: The best VPN, but no password manager included

Adware refers to computer programs that can display unwanted advertisements on a user’s device, collect marketing information, and redirect searches.

Antivirus software protect devices against a wide range of malware and cyberthreats, including viruses, keyloggers, worms, adware, spyware, rootkits, spam, and more. The best antiviruses protect both from known malware, by recognizing their digital signature, and unknown malware, by detecting their behavioral pattern. 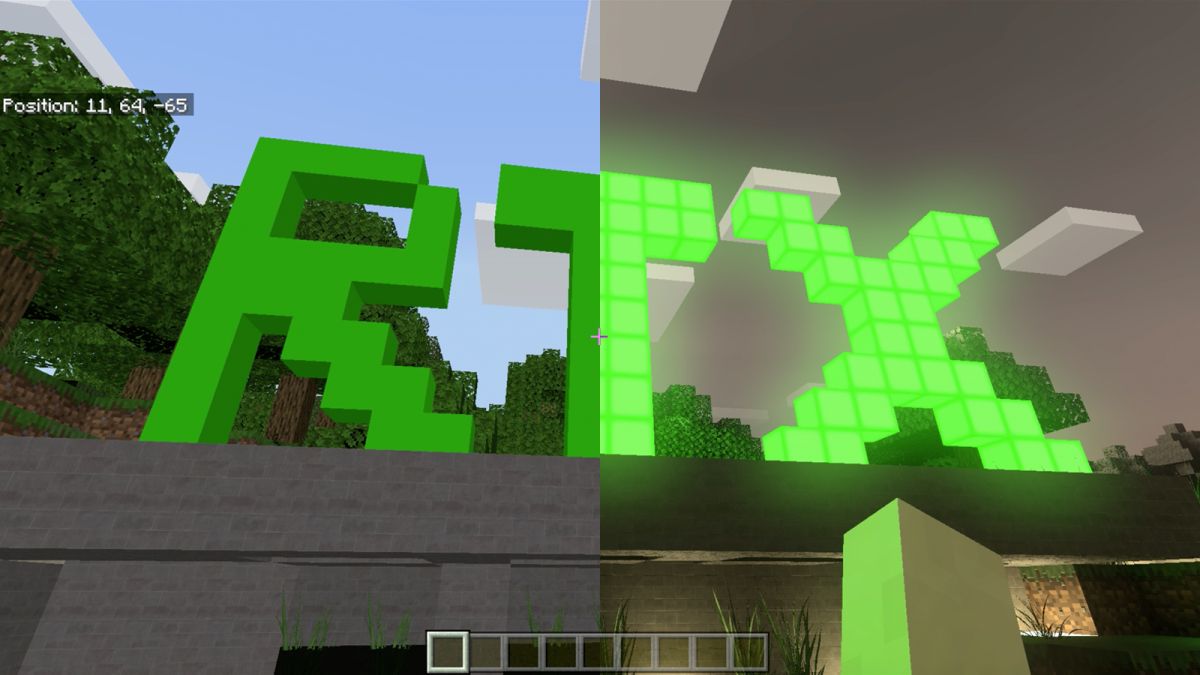 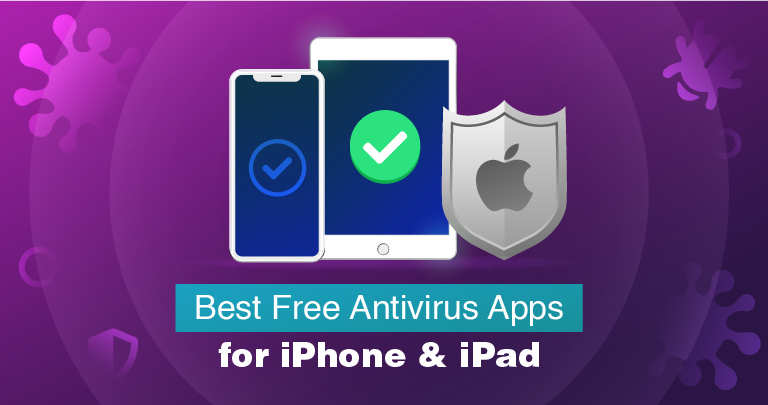 What is a Botnet? Botnets, also known as zombie armies, comprise of 1000’s of hijacked devices that can be used to stage DDoS attacks (explained below). However, they can also be used to steal information, mine cryptocurrencies, and send spam. What makes these zombie armies especially dangerous is their combined computing power.

What is a Computer Exploit?

The term computer exploit describes a wide array of programs that can exploit vulnerabilities in specific software. By exploiting these vulnerabilities, one can gain remote access to a foreign device or cause irreparable system damage. In case the exploit targets a previously unknown vulnerability, it’s called a zero-day exploit.

What is a Computer Virus?

This type of malware is among the most common because it can self-replicate. Successful infections can be costly to the victims and more than just an annoying waste of resources. Viruses can corrupt important information, help carry out DDoS attacks, spread propaganda, cause system-wide failures, and much more.

What is a Computer Worm?

The term computer worm refers to malware that can spread through networks and can be used to install a backdoor. This means that with a computer worm, someone can gain access to a foreign system and use that system to launch large-scale attacks, such as DDoS attack. A computer worm can also render an affected system unreliable or unstable because of its ability to affect the computing power.

What is Computer Hacking?

Computer hacking is the practice of gaining unauthorized access into a foreign system using a variety of software or hardware tools. It can be done with malicious intent but also for good. Black hat hackers will often use a variety of exploits or malware to disrupt the regular flow of information or to gain financial advantage. When used for good, hacking involves detecting and patching up vulnerabilities and coming up with better security protocols for firewalls and antiviruses.

Cybercrime is a category of crimes that involve the use of computers, networks, mobile devices, or telecommunication services. Cybercrime has many subtypes. And as our society digitizes, the overlap between regular crime and cybercrime continues to fade.

What is a DDoS Attack?

Some cyberattacks flood a server or network with internet traffic in the hope of either slowing it down, or taking it down entirely. This type of attack is known as a DDoS attack or distributed denial-of-service attack, and is usually executed through a botnet.

What is Identity Theft?

Identity theft implies using someone else’s identity to gain financial benefit at the expense of the victim. In possession of a passport and/or social security details, cybercriminals can use it to take out loans in the victim’s name, clean out their existing accounts, open new ones, and so on.

What is a Keylogger?

A keylogger is used to steal information by recording the keystrokes on a keyboard to uncover passwords and usernames. However, it can also be used by parents and employers by allowing them to monitor the online activity of their children and employees. Furthermore, keyloggers also have a big role in cognitive writing research.

All examples in this list are some form of malware. Each has a specific goal and use. But generally speaking, most are dedicated to the tracking, stealing, or corrupting of data. As the term is so broad, anti-malware’s defense systems must be equally varied.

Phishing attacks attempt to fraud people out of their personal information by assuming the identity of a trustworthy entity. Most attacks of this kind are facilitated by using fake websites and redirects from corrupted attachments or well-placed links. Of course, more traditional means of telecommunication can be used for phishing too, such as phone spoofing.

Malware that has the ability to encrypt files, programs and even entire networks, is called ransomware. It is commonly used in various blackmailing scenarios and often comes with a threat of making compromising information public unless the demands are met. A Trojan horse can sometimes help to spread ransomware because of its ability to mask itself as a legitimate file.

What is a Rootkit?

A rootkit is designed to give remote access to a foreign device. It often carries a negative connotation because it is frequently used with malicious intent. However, rootkits can also be used to help people as they can offer remote access to trusted technical support.

What is a Scam?

Most fraudulent schemes, targeted at acquiring sensitive information, money, or tricking someone into performing certain services, are known as scams. Most scams committed today are done over the internet because it’s very easy to target multiple individuals at the same time. One of the oldest and perhaps the most cited, is the Nigerian prince scam that has many variations and can still be found to this day.

What is Social Engineering?

Social engineering can come in many forms. But in essence, it is the psychological manipulation of people, convincing them to reveal confidential information or take actions that aren’t in their own best interest.

Sending unwanted messages in bulk is known as spamming. This is a tactic used to trick people into giving up sensitive information. And it’s also commonly used in aggressive marketing campaigns. Spam is usually sent via a botnet because of its massive reach, superior computing power, and relatively low cost.

What is Email, IP, or DNS Spoofing?

Spyware monitors, tracks, and transmits data. System monitors, tracking cookies, keyloggers, and anything else that can steal and transmit confidential information without the user’s consent falls under spyware. Despite its reputation, spyware is not always used with malicious intent. These covert programs may run invisibly in the background, but they can also be used by employers to assess company productivity or employee loyalty.

What is a SQL Injection Attack?

SQL injection attacks are used to either modify data in a database or to spoof an identity. It’s an attack that’s commonly used to disrupt or steal from marketplaces, online vendors, and pretty much any sites that keep a SQL database. These attack work by embedding malicious SQL code into the entry fields of a database.

What is a Trojan Horse?

A Trojan horse tricks a user into downloading and executing a malicious file by pretending to be something else. Frequently it’s disguised as an email attachment. It’s different from a computer virus as it doesn’t self-replicate but requires the manual action of the user.

What is a Zero-Day Exploit?

The most dangerous type of computer exploit is known as a zero-day exploit. It refers to exploits that take advantage of vulnerabilities that come with new software or updates. As these vulnerabilities are not known to anyone but the cybercriminal who detected them, they are incredibly difficult to defend against.